When people, situations, and irritations get under your skin, remember the story of

The Oyster and the Pearl

There once was an oyster, whose story I tell,

Who found that some sand had got into his shell.

It was only a grain, but it gave him great pain.

For oysters have feelings, although they’re so plain.

Now, did he berate the harsh workings of fate

That had brought him to such a deplorable state?

Did he curse at the government, cry for election,

And claim that the sea should have given him protection?

Since I cannot remove it, I shall try to improve it.

Now the years have rolled around, as the years always do,

And he came to his ultimate destiny stew.

And the small grain of sand that had bothered him so

Was a beautiful pearl all richly aglow.

Now the tale has a moral, for isn’t it grand

What an oyster can do with a morsel of sand?

What couldn’t we do If we’d only begin

With some of the things that get under our skin. 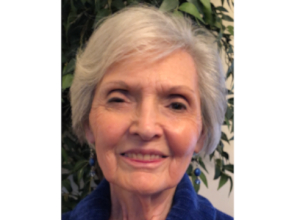 Nancy is a Texas native who moved to Wichita with her husband and 3 children for his  accounting assignment that has kept them in Kansas now for 48 years.  The Lord has increased this family of 5 to 26 and they treasure their time together.

Nancy watched her grandmother and mother minister to their age group in such compassionate ways.  She was inspired to continue their legacy of caring in the senior community after “retiring” from leading Bible studies and teaching Old Testament Walk Through the Bible for Children.

Nancy has served in several areas with KSC including transportation, making and delivering monthly Blessing Gifts, visiting widows, and being a prayer support for the ministry. She faithfully served in our weekly Bible study at a local assisted living community until COVID changed all that.  The people who attended loved the Lord, HIs Word, and singing hymns!  Nancy is the keeper of the lyrics for all the hymns we sing!  We continue to minister to the residents with weekly cards, devotionals and letters.  “When I finish writing and delivering my correspondence to the facility, I feel the Lord’s assurance that He still has a place for me to share His love, HIs Word, and His compassion.

A favorite old hymn of Nancy’s is “Great is Thy Faithfulness” and a new praise song is 10,000 Reasons.  Some favorite verses are Psalm 46:1-3, Habakkak 3:17-19.  They both speak of times of trouble and God’s help.  John 16:33 says, “I have told you these things, so that in Me you may have peace.  In this world you will have trouble.  But take heart!  I have overcome the world.” (Jesus speaking)  My greatest desire is to finish well the life the Lord Jesus has given me bearing the fruit of His Spirit, love, joy, peace, patience, kindness, goodness, faithfulness, gentle humility,and self-control. 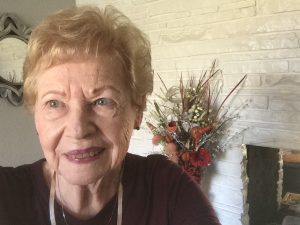 When my husband, Ron, and I moved to Wichita from Oklahoma four years ago, I knew that I wanted to volunteer for KSC.  My friends, Irma, had mentioned to me how much she enjoyed serving with KSC.
It has been my pleasure and joy to design a cookbook, scrapbook and cartoon album for my senior friends.  I drive Ms. Evelyn to various doctor appointments and errands.  Her friendship is very special to me.
The fellowship we as caregivers and volunteers have through KSC is very precious.
Carol 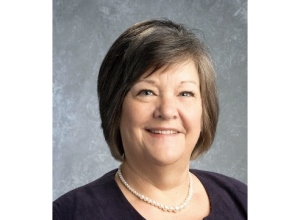 Alice’s favorite verse is Phillipians 4:6 Don’t worry about anything, instead pray about everything. Tell God your needs and don’t forget to thank him for his answers. I love helping KSC by sharing the love of Jesus with others. I love sharing with our seniors and learning from them. 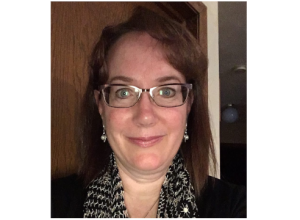 Before becoming a mother, Leanne was a social worker and during those years worked with people of various ages and backgrounds.

In 1994, she and her husband settled in Wichita and have raised their three children here. Now that her children are grown, she delights in watching the children at her church grow and learn about Jesus.  Since 2007 she has cared for and walked alongside her aging family members as they’ve experienced the challenges of aging.  Leanne treasures the encouragement, insight, and support that occur within inter-generational relationships at home, church, and in the community. In her free time, Leanne nurtures her 13 year old cat and the plants in her yard. 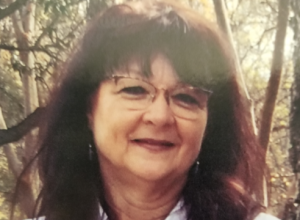 Nancy was born and raised in Wichita. She lived in CT from 1973-2001 where she raised her three daughters, worked for Bloomfield Public works and was active in her church and community. In 2001 she moved back to Wichita to help take care of her parents. She was their full-time care-giver for the next 12 years. In 2007 she married Dick Yarnell and his three sons! Yes that makes us the Brady Bunch. Her full time job is being grandma to 23 grandchildren and 4 (almost 5) great-grandchildren. She’s also active in her church and runs the church library.

Fun Facts: She lives in her childhood home, can walk on stilts and delivered her 3rd baby by herself at home. (not by choice) 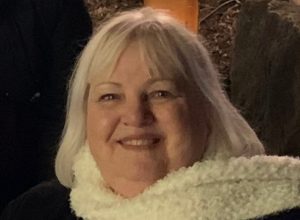 Jan is retired and a grandmother of 15. She received a degree in Music Education from Emporia State University as a non-traditional student. She has always loved the study of God’s Word and has taught high school Sunday School and women’s groups as well as directing various church and community sacred choirs. She has a background in music as a soloist and plays guitar and piano. “I love seniors, cherish their friendship, and enjoy sharing encouragement from the Word of God with them.” 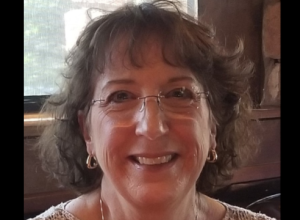 I am a recent transplant to Wichita from my birthplace, Colorado.  People always ask, “Why did you move to Kansas from Colorado?!?”  The answer:  It was definitely a “God thing”!  We find Wichita is a well-kept secret and are exceeding glad that our Sovereign Father’s guiding hand has brought us here.  I am married these 48 years to my high school sweetheart and we have 2 sons and 5 grandchildren.  And, oh, the sweetest doggie, a Schnoodle, Tucker. We are retired and find we love the options of having a lot, little, or nothing to do!  However, I cannot stay idle for long.  I love all kinds of textile/needle arts, embroidery of all types, crochet, knitting, sewing, and I do stain glass. My granddaughter and I recently painted rocks. I also love to travel and have been to all 50 states and about 10 foreign countries.  We actually lived in Germany for several years.  Another love is to read!

I enjoy reading history and biographies, but my far, reading and digging deep into the Word of the Living God – the Bible – is my ardent passion.  Christine asked for my favorite verse… I have so very many, but at present my favorite word in the Bible is “BEHOLD”.  Not a word in our common vocabulary, but BEHOLD, to me, means to STOP! – FOCUS MY ATTENTION – AND MARVEL at what is to follow.  How often we just hurry along without taking time to BEHOLD people, nature, circumstances that the LORD has put in our path.  So, I commend you to – BEHOLD!

How did I come to Koinonia Senior Care? Another “God thing” of a long string of acquaintances and circumstances.  I had the privilege of helping take care of my precious Mommy during the last of her 91 years, and in doing so, got to know so many of her dear widowed friends.  What wonderful stories, great wisdom, humor, humility and character they shared.  So, when the LORD put KSC in my path – it just seemed another dose of all those wonderful “goodies” was coming my way once again.  I find I “get” more than I could ever give.  Providing transportation to appointments is an opportunity to utilize the resources that the LORD has given me to show His lovingkindness as we take a journey to behold whatever and where ever He has the road lead us…. 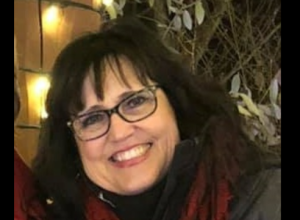 “They also will answer, ‘Lord, when did we see you hungry or thirsty or a stranger or needing clothes or sick or in prison, and did not help you?’ He will reply, ‘Truly I tell you, whatever you did not do for one of the least of these, you did not do for me.’ 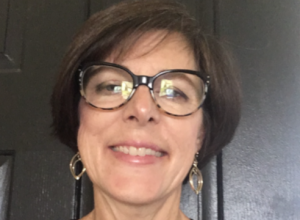 I have been married to my wonderful husband, Greg, for 34 years and going strong. We have three kids together and  12 grandkids.  I enjoy going to visit them as they live all over the US and beyond.  We also enjoy getting to visit my parents each week.  They love to cook for dinner for us!  We have always enjoyed getting to go back to PA to visit my husband’s parents and siblings, as well.
Hobbies:I enjoy taking walks, spending time with my husband, playing with my grandkids, and learning to knit with my mom.
Favorite Foods: Pizza, BBQ
Favorite Scripture:Proverbs 3:5-6 “Trust in the Lord with all you heart and lean not on your own understanding.  Acknowledge him in all your ways and he will direct your paths.” 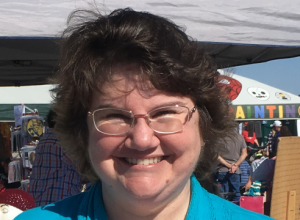 Born and raised in Indiana, God transplanted me, along with my husband Matthew, in Wichita, KS  during the fall of 1997. It is here we have bloomed where God has planted us and we have spent the majority of our married life. It is here that God blessed us with a set of twins through adoption in 2005. Walter and Dorothy are now 17 years old and going to be seniors this fall.

I have a degree in Special Education and taught in public schools for 10 years then went on to tutor special needs students who were homeschooled. After adopting our children, I became a stay home mom.

Following Jesus and serving Him is my happy place. My family and I attend Believers Southern Baptist Church where I teach Sunday school, sing in the choir, help lead children’s choir, participate in Bible studies, and participate in an outreach at a local rehabilitation center.

Koinonia Senior Care is a very special organization to me. It allows me to use my gifts and talents to serve and love on senior adults. My grandmothers were wonderful women who greatly influenced my life, but I was not able to be in Indiana to help them regularly as they entered their later years. Koinonia allows me to lavish on others the love and care I wanted to display to them. 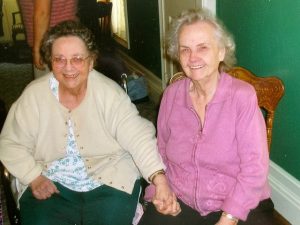 I love the ocean and sea shells.

I am a breast cancer and brain tumor survivor.

I cannot taste or smell